THERE ARE NO SUGGESTED RESULTS

Conexiones is a project that we have developed with the ABC Museum to support the artistic production of Spanish creators linked to the practice of drawing. Under the curatorship of Óscar Alonso Molina, and based on two pieces from the collections of the organizing institutions, the selected artists develop a body of work that is later shown in the exhibition rooms of the ABC Museum.

Santi Lara (Tomelloso, 1975) and Bea Coto (Gijón, 1977) are the members of the Laramascoto Collective and the featured protagonists of the eighteenth edition of the programme. On this occasion, they have selected the pieces Panoplia I (1964) and Lunariae (1968) by Pablo Palazuelo from the Banco Santander Collection and an illustration by Enrique Climent entitled Canción del Norte desde el centro, from the ABC Collection... Based on these references, the artists have created a kind of imaginary world in which prehistoric remains coexist with elements that we associate with developed civilizations. 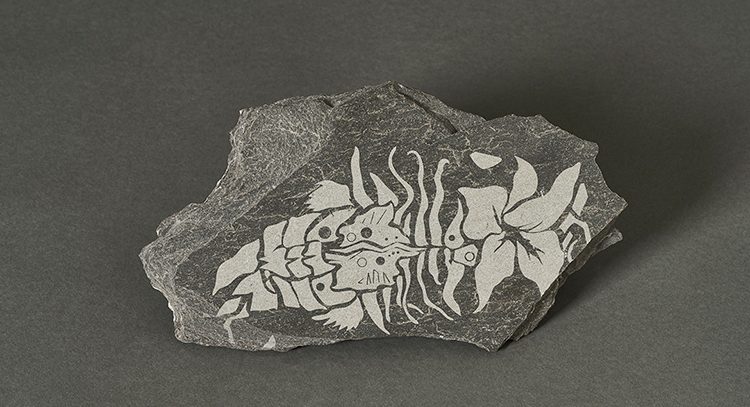